One of our most relaxing stays through Europe

We stayed in the double room at WisteriaB&B. The room was light, airy and felt very spacious. There was plenty of cupboard space and we managed to unpack our two suitcases into the space provided as well as hide our empty suitcases, making the room feel less like a ‘temporary tourist’ room. We managed to sleep well each night on the comfortable bed. The bathroom was large with good water pressure for showers.
There were no other guests in the other room, so we pretty much had the whole floor and its facilities to ourselves. The area is super quiet and we didn’t hear any outside noise. It felt very private, making it feel pretty much like home. We also enjoyed a delicious breakfast on two mornings during our stay and there was ample sufficiency each time.
In fact, we were so comfortable with the stay and liked the area so much that after we took a three week trip to Italy, we booked again to stay for a few more nights before moving on. Luckily the room was available.
The house is near the very pretty Forstenreider Park and we took a walk there hoping to see some wild boars or deer, but it was mid-day and the weather wasn’t the best, so we only spent a short time there and didn’t get to see any large animals. It was nevertheless a very pretty and pleasant area to walk around in. We even walked to the nearby local supermarkets just to get a feel for the area. Initially we thought it would be difficult to get into the city via public transport, but once we knew what we were doing, we could easily get to the city centre in 30 mins from the time we walked out the front door. We used google maps to get transport timetables to manage our timings and we never seemed to wait more than 2 or 3 mins for the U-Bahn. On our return stay, we decided to hire a car from the nearby Avis car rental (was cheaper than we expected for Germany and within walking distance though we used the bus) as we wanted to see a little more of the area to the south. We didn’t have any problems finding our way around.
The host was very friendly and offered to help us whenever we needed advice on where to go and how to get to different places. It was so much easier for us that there was someone to easily get information from. I would recommend staying at Wisteria B&B as it is such a relaxing place to be in.

Fran is absolutely amazing beyond words as host and as a person, her home is impeccable and beautiful and the room is very cozy and again very clean and comfortable. Can’t thank her enough for being such an amazing host. She goes way and beyond to accommodate anything you might need ,super awesome Host and superb Home !! Thank You Fran !!

Nice house with a beautiful room and garden

This is a very nice house with a beautiful room and garden. Getting here from the train station was a bit hard to understand at the beginning, but the room is amazing enough to forget. You can also order breakfast. The host is very attentive and asks you what you like and don’t like to eat. The good thing about this B&B is, above all, Fran’s hospitality. She is a wonderful host.
– translated from Japanese- 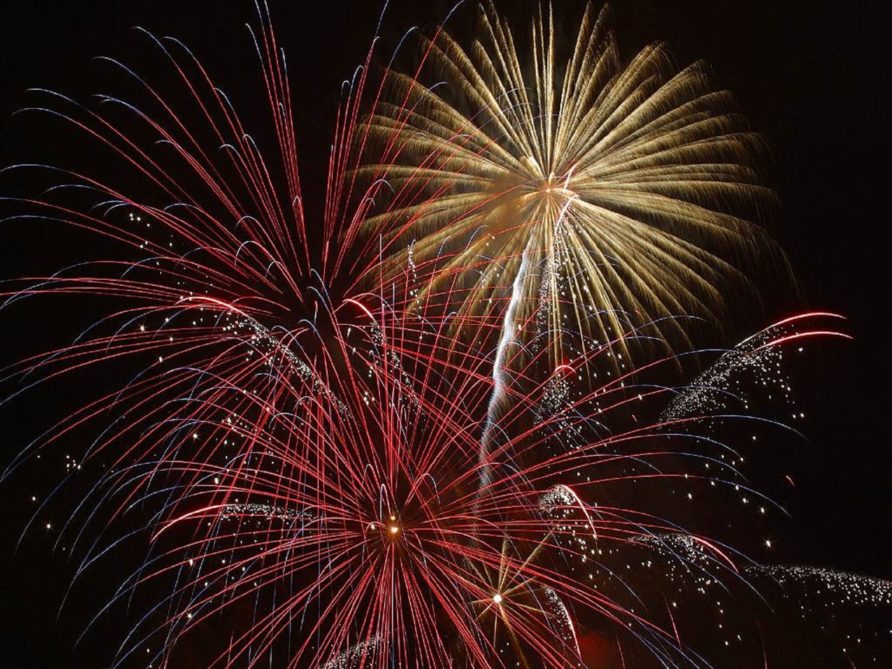 Many countries in the world have restricted the lighting of fireworks to celebrate the New Year to professionals. Leaving this dangerous job to pyrotechnic experts has its advantages. You may have to travel far to view the show but you are rewarded with beautiful synchronized displays, leaving you oooing and aaaing and gazing in awe.

Germany does have coordinated displays but if you don’t live near a big city or prefer to celebrate at home, ordinary Germans also have the choice of creating their very own personal fireworks display, large or small. A few days before the New Year, fireworks of all sorts and to suit all budgets, go on sale at supermarkets and department stores. In 2019, Germans fired away an absurd sum of €133 million!

As protests increase against this dangerous tradition and senseless waste of money, and following more accidents and casualties, lighting your own fireworks could soon be a thing of the past. This year end, fireworks will be forbidden in several areas of the city to minimize damage to public property and injuries to the public.

However, at Wisteria Bed & Breakfast, guests can still enjoy this tradition, while it lasts, by viewing the fireworks from the safety of the property. Or take a midnight stroll to see how others are creating their own fireworks show while maintaining a safe distance. Fireworks can be enjoyed for free anywhere in the neighborhood until the law says otherwise!

You would not expect it but the southern Munich suburb of Forstenried, not to be confused with Fuerstenried, has a long history. It was first mentioned as early as 1166, by the name Uorstersriet! A mouthful and unpronounceable!

Does the name have a meaning? Yes! In German, Forst means forest and Ried means clearing or clearing of woodland. So put together, the name was used to describe a village where a portion of forest was cleared to create space for dwellings.

For hundreds of years, Forstenried remained a village with a cluster of farmhouses surrounded by farmlands. In 1420 the now well-known little church Heiligkreuz (Holy Cross) was built. It still remains standing today and is the venue of the weekly mass and other catholic celebrations.

Records show that the number of inhabitants increased to around 160 persons in 1726, spread over about 40 dwellings. Still a population of rural dimensions. In January 1912, Forstenried was made a part of Munich and with this came a steady increase in new residents. The Forstenrieders could now call themselves residents of Munich!

The face of the little village has changed dramatically since its early days. Looking at Forstenried today, you would never have thought that it could once have been a village. Only the remaining old farmhouses scattered throughout the suburb hint that there is more to Forstenried than the middle-class housing which has sprung up to accommodate the ever increasing influx of people to the area.

Forstenried citizens today are proud to have Munich’s oldest farmhouse, the Derzbachhof, as well as the Heiligkreuz church in their backyard. At Wisteria B&B, you are not too far from these two historical buildings.

We use cookies to collect and analyse information on site performance and usage. By Clicking "Accept" or by clicking into any content on this site, you agree to allow cookies to be placed. Accept